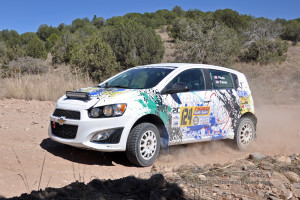 The champagne was spraying and the Piloto Race team was all smiles as they savored the moment. Driver Ray Piloto and Co-Driver Brock Palmer debuted a brand new rally car, a 2014 Chevrolet Sonic RS. This was Palmers first time working with Ray Piloto and the two had a lot of new things to get used to. New car, new partnership, and a new event for Piloto. Piloto recounts the first moments in the car, “It was the third turn in and I hear Brock say, “holy sh@$!,” and then quickly return to calling the notes. I was a little confused until we finished the stage. He looked at me and said, “I wasn’t expecting this Sonic to be so fast!” I smiled to myself and knowing know what his comment meant. “Unfortunately the Sonic still has a few more tweaks to be 100%. The car lost boost due to some sensor that threw a code and shut off the turbo. The team lost a lot of time on Friday as they limped through the first four stages.” Ray added. Eager to get back on the horse, the team managed to zip tie a OBD2 Code reader to the roll bar in an attempt to clear codes on the fly as they barreled down the road at speeds that reached 110 mph. By stage five on Saturday, the team seemed to be getting faster. 16.2 seconds slower than the fastest 2wd car of first place driver, Ryan Millen. By stage six, their Chevy Sonic was only 4.2 seconds off of Millen’s time. When asked about how he felt about the last stage Piloto replied,”Everything is feeling great! Our M Factory Differential is gripping perfectly out of the corners, and the Sparco seats and harnesses are holding me tightly in place, which is imperative on these roads” 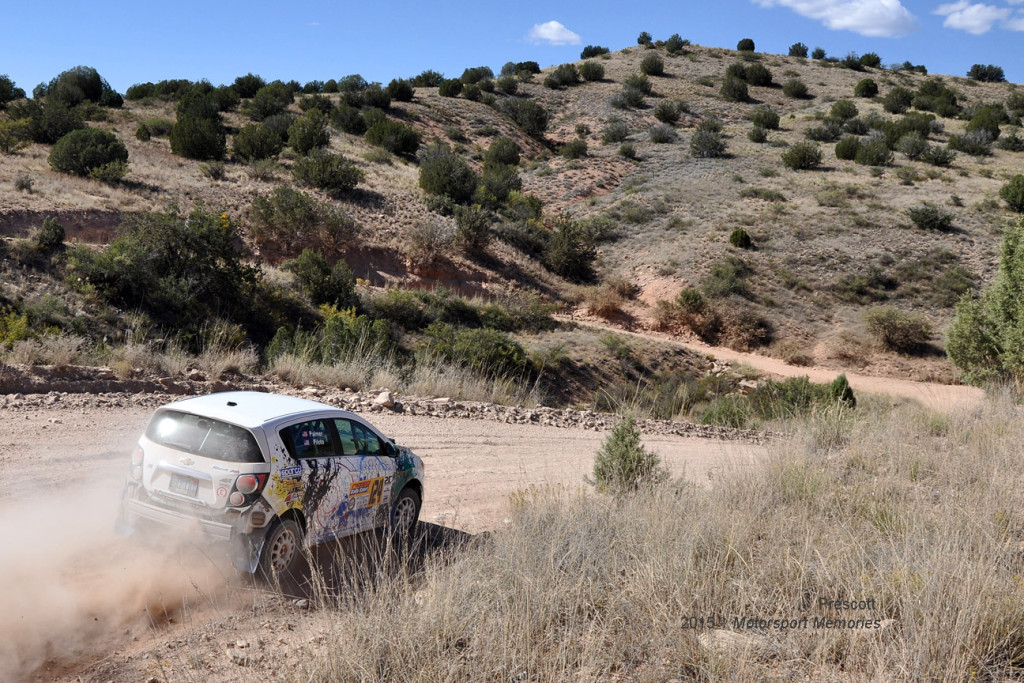 The team made a last minute decision to raise the car one inch in the front which left them no time to realign the car and giving it a sufficient amount of camber. By stage seven the front tires were wearing the outer edge quickly and the car was losing initial turn in grip. The team went wide and bent the driver’s side control arm losing valuable time. With only one more stage to go, the team was focused on bringing the car to the finish the race without losing to much time. The team was sitting in 3rd and knew that the 4th place car of Brad Morris was charging hard to make that last podium spot. Palmer recounts,” As we pulled into the last time control I was feeling the pressure. As we drove back to service the anticipation was killing me!” We kept checking RallyData.com but they weren’t updating it. Ray suggested checking the live text and sure enough, Morris had broken a drive shaft on the last stage! We were bummed for him, but ecstatic to be on the podium considering all of the circumstances!”  The team was surrounded by friends and competitors at the award ceremony, with everyone saying, ” Congratulations on a 3rd in the 2WD Class podium win!” 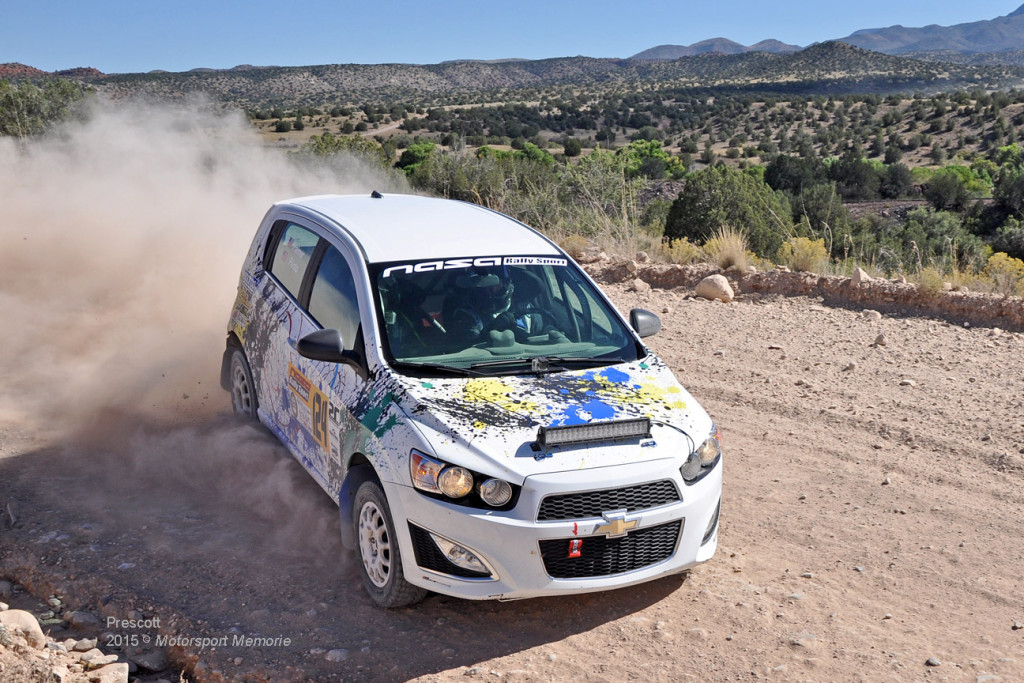 The stage surface was all dust, making it hard to keep up with other competitors.

As the team headed back to the final time control, they talked about the weekend. How it began with so much frustration, from dealing with the boost issue and catching dust on the night stages, to the elation of getting on the podium and getting some competitive stage times. Piloto was extremely pleased with the suspension built in conjunction with Streetwise Motorsports. This suspension will soon be for sale to all Chevy Sonic owners through PilotoRacing.com in the coming weeks.   Next up for The team is the Seed 9 Rally in Jean, NV right outside of the world famous Las Vegas. Keep up with Ray Piloto and Brock Palmer at PilotoRacing.com 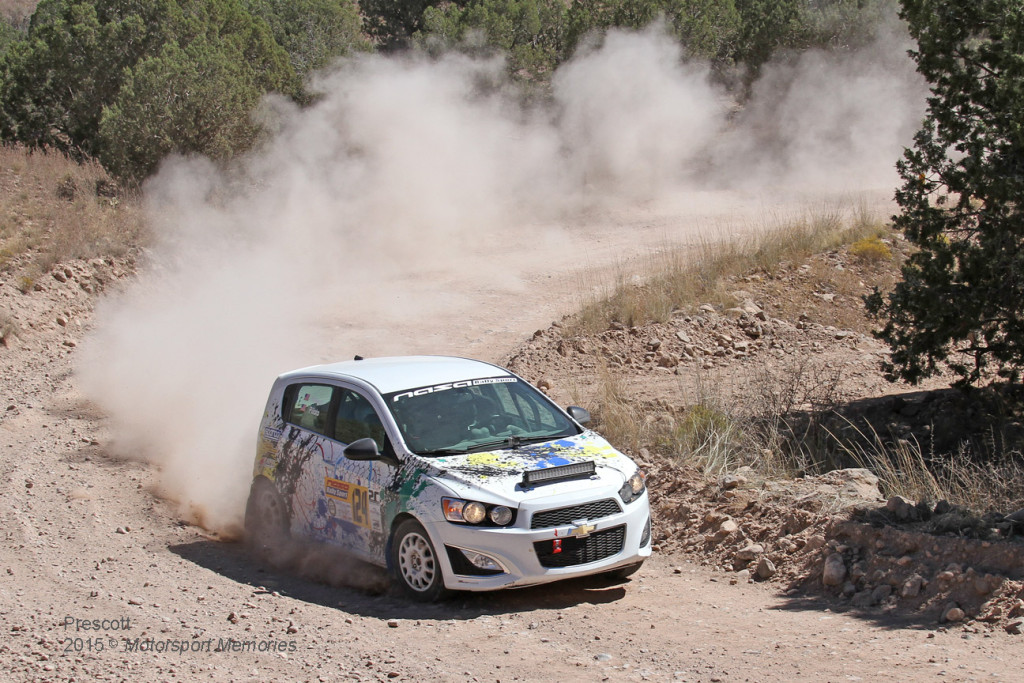